Continuing upon the great success and customer satisfaction of the MOPAR Hellraiser line of products, Litens High Performance is pleased to introduce two new Overrunning Supercharger Decoupler (OSD) pulleys for the Ford Mustang Shelby GT500 and Predator engine platform. Litens High Performance is a division of the same Canadian firm that produces the OE stock supercharger pulley for the Ford engine.

A great many owners of GT500 vehicles have learned that swapping to a smaller pulley adds a greater amount of power (with the necessary supporting modifications). The problem with the pulley swap options on the market over the past few years is they lack the internal decoupling and isolating assembly found in the stock GT500 OSD pulley, but that has just changed.

An Overrunning Supercharger Decoupler is supplied at the OE level for many reasons. Most importantly, protecting your investment. As these engines have evolved, the continued quest for more power has led to tighter internal supercharger tolerances and rotor clearances. Powerful engine torsional activity, combined with these tight clearances requires the protection of an isolating pulley design. This isolation also serves many other purposes including significantly increased belt life and vital protection of other engine components.

The overrun feature is another key advantage. Imagine going down the track with your engine getting close to the 7,500 RPM redline. The car shifts to second and the engine RPM drops significantly. At this instant, the supercharger, connected through the belt, spinning at nearly 16,000 RPM, would be pulled down at a considerable rate. In comes the Overrunning Supercharger Decoupler to save the day. As the engine RPM dips, the overrunning feature allows the supercharger RPM to stay high (like a freewheel on a bicycle when you stop pedaling), continuing to provide large amounts of boost to your engine. Race proven data has shown E.T. improvements in ¼ mile times over a solid pulley design by maintaining a higher average supercharger rotor speed.

The HellRaiser OSD pulley is produced by Litens High Performance and distributed by Tendeco to performance shops around North America. The two pulley sizes measure 2.90” inches and 2.70” and feature the same basic structural and internal decoupling design as the stock 3.15” (80.1mm) pulleys. Where the stock pulley on the Shelby GT500 cars deliver roughly 12 pounds of boost, the HellRaiser OSD increases the boost pressure to around 15 pounds. 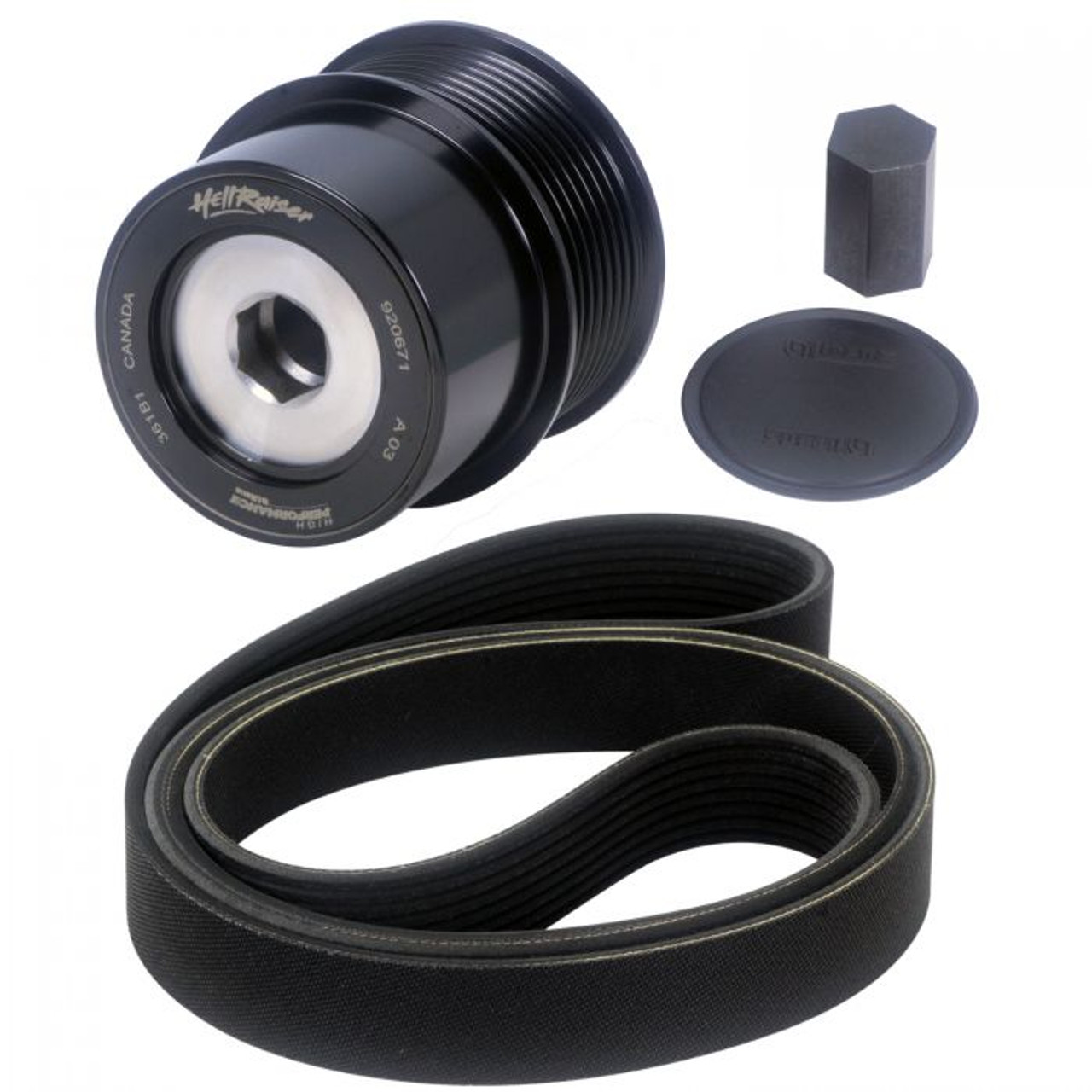